To stick to the Christmas theme we’ve had going the last few days, I have another review for you guys for a holiday themed book! I recently read Pride and Prejudice and Mistletoe to start off my Christmas reading. To find out what I thought about it, keep reading. 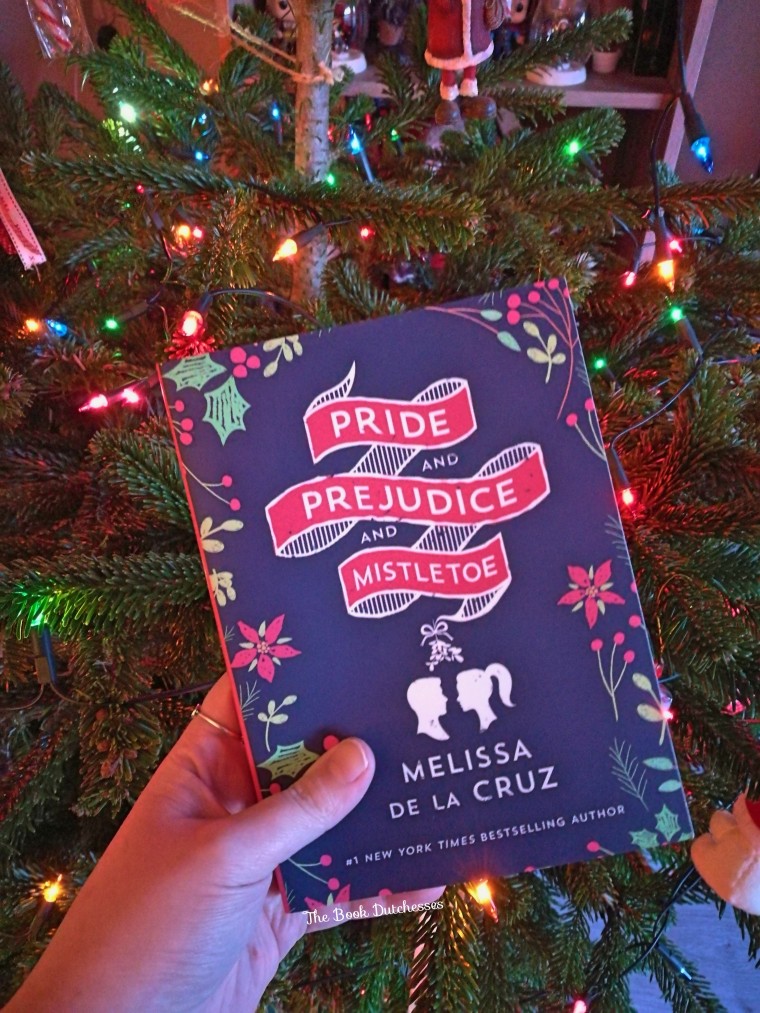 I love how simple this cover is, yet it does give a holiday feel. There is another cover for this book that I liked more. The one I put below this just gives me more of a holiday feel. After reading this book I think this one is definitely a better fit! 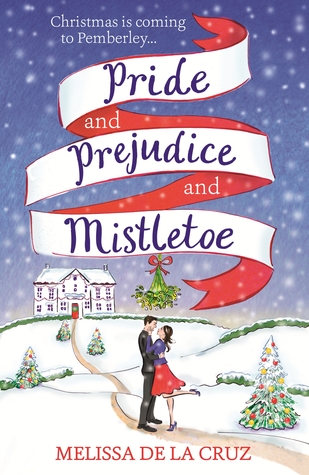 This is a modern day retelling of Pride and Prejudice and to be honest I have never read the original, haha. So I can’t really compare it to that. In this one we meet Darcy, who is a partner at a major New York hedge fund, who goes home to Pemberley after eight years. It’s near Christmas, but the only reason she is returning is because her mother had a heart attack. Besides her work, Darcy doesn’t have much of a life. She is not looking forward to making an appearance at her family’s holiday party, but doesn’t have much choice. There she runs into her old neighbor and high school enemy Luke. But do they still hate each other that much? Some alcohol turns in some kisses under the mistletoe, but is that what she is looking for? Then comes Carl, he on again off again boyfriend. He’s really sweet and adores her, but she just doesn’t see him as the love of her life. But should she settle to just do that? Settle down and have kids like her family and the community expect of her? Certain events make her start questioning her life and what actually makes her happy? Has she been judging her family wrong all this time? Will she be able to have her happily ever after on Christmas?

This story, while rather familiar with certain things: being with someone you don’t see is the one, a high school enemy that you’re attracted to, parents/community that see getting married and having kids as a priority, etc, this was a pleasant read. I loved reading the description of the houses and how they were decorated. Darcy watching Gilmore Girls when upset was a good point for me as well, haha. I love that show. The relationship with her best friend, Bingley, is hilarious and I think he was my favorite character. While this story had a lot of fun elements and the warm and fuzzy feelings a Christmas book should have, it wasn’t the best one that I have read. I did like that Darcy and her family realized there are more important things than getting married and having kids. The epilogue was really cute as well! I don’t remember the man who drove her to the house and airport, but I loved him as well. He kind of seemed like the grandpa that everybody wants.

Darcy is an independent character who wanted to prove her family wrong. She proved she didn’t need them for money. Darcy is actually pretty good at what she does. In a lot of ways I don’t think she is really honest with herself. This makes her seem rather selfish at times. In a way, Luke was right when he said this to her face. She did change during this book though. She learned that her career isn’t everything and that she needs to communicate. Without communication, a lot of misunderstandings come alive. Darcy also realizes that following her heart is more important that keeping up appearances. She did annoy me from time to time, haha.

Bingley is Darcy’s best friend. Even though they hadn’t talked for quite awhile. He is sweet and gets his own love story. Darcy thinks he’s going to fast and he listens to her even though he doesn’t think he’s going to fast. This backfires and kind of hurts him. He does bounce back and helps her along the way. This is a best friend anyone would want I think.

Carl really loves Darcy and would love if they would work. He is quite determined and doesn’t want to give up hope. To a certain point this is romantic, but in some ways he could’ve seen that it wasn’t going to work. Carl is kind of blinded by love I guess.

Luke kind of seems like that typical bad boy, but he’s a typical case of don’t judge a book by its cover. We come to find out he actually practically raised his younger brothers and is responsible for more things than people realize. He is a sweet guy and I was hoping he would get his happily ever after.

Even though there were a few things that I didn’t care for, this is was a fast and enjoyable read. A good way to start off my Christmas reading. Have any of you read this yet? What did you think?