Sorry for the late upload, hope you’ll all still enjoy this post! Today’s Top 5 Wednesday is all about nostalgic boy- or girlfriends. And to be honest, I really struggled with this one. I did come up with a couple in the end, so let’s get in to it!

I’m not sure if this counts as nostalgic yet but Peeta was definitely a bookboyfriend right from that first brutal book. And I loved him more and more while reading the other two books. Mockingjay broke my heart over and over, and Peeta’s fate was a huge part of that. I loved Josh Hutcherson in the movies, and thought he did a wonderful job. Just thinking about all this, makes me want to reread and rewatch this story!

2. Fred Weasley – Harry Potter
I grew up with the Harry Potter books, so obviously I had to include one of my crushes here. Somehow I always like Fred best, even though he and George are identical twins I still liked Fred a bit more. I feel like there was less of a difference in the movies, but by then my mind was made up 😉 Also, the last book (AGAIN) really broke my heart, you’ll all probably know what I mean. Especially when I read it the second time and somehow forgot which of the twins had what fate, it all came back after that big scene right at the begin and I already started sobbing because I realised what would happen at the end of the book haha. I hope this wasn’t to cryptic for those of you who’ve read the books! Or seen the movies 😉

3. The Beast – Beauty and the Beast

4. Jack Sparrow – Pirates of the Carribean
Now this might be a tiny bit cheating but the moment I thought of my Disney crush of the Beast, I remembered another crush. And that was the amazing Jack Sparrow, I’ve seen that movie (still on tape!) so many times, I could say every single line, and did that every time I watch that movie, AGAIN, my mom got so annoyed with me haha. I also did that with Grease, my other favourite movie. 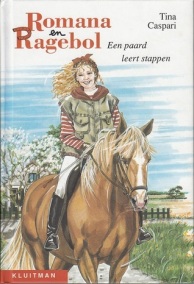 And last, but most definitely not least… Simon from the book series Romana and Ragebol. Now most of you probably don’t know this one, it was originally in German and got translated to Dutch. This was my favourite book series when I was younger, it was all about horses. This girl got an old circus horse and has all kinds of adventures but at the same time becomes a really great rider, she also makes some great friends including Simon who becomes her boyfriend. I’m pretty sure he was my first book boyfriend!
Apparently it was called Bille und Zottel in Germany and Bibi a Bubi in Czech!

So these were 5 of my nostalgic boyfriends, what are some of yours? Let me know in the comments, I’m super curious!