Every other week we’ll have a Top Ten Tuesday. This bookish meme is hosted by The Broke and the Bookish, and has been going since June 2010!

I love a good laugh while reading and adore funny characters, so when I saw this weeks TTT prompt; Ten Books That Feature Characters…, the first thing that sprung to mind was:

Ten Books That Feature Characters That Are Funny As Hell! 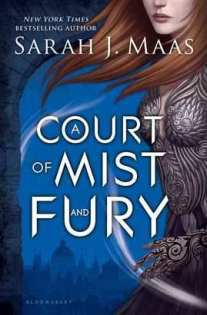 1. David from the Reckoners series by Brandon Sanderson
David is easily one of the funniest characters I’ve read about. His story started in Steelheart and he never lost his spark during Firefight and Calamity. David uses hilarious metaphores that make hardly any sense but do make you laugh out loud!

“They looked so dangerous, like alligators. Really fast alligators wearing black. Ninja alligators. I decided not to use that one on Megan.”

2. Kitty from the To All The Boys I’ve Loved Before series by Jenny Han
Kitty is the kid sister of the main character in this series and one of the reasons this is my all time favorite contemporary series. She is hilarious and I’m super pumped about the upcoming movie. Can’t wait to see how they portrait Kitty and I really hope they do her justice. She just won’t take any bullshit from anyone and I love it!

“If this is love, no thanks. I don’t want any part of it. When I’m older, I’m just going to do my own thing. If I like a boy, fine, I’ll date him, but I’m not going to sit at home and cry over him. I cry over important things.”

3. Cassian from the A Court of Thorns and Roses series by Sarah J. Maas
Cassian makes his first apperance in the second book in this series and I loved him from the start! He’s definitely the funny relief in these books and he does is so well. 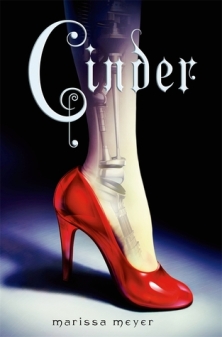 4. Zusanna from the Daughter of Smoke and Bone trilogy by Laini Taylor.
It’s interesting to see how most of the characters I mentioned so far, aren’t the main character of the story. This also good for Zusanna, she’s the main character’s best friend. She’s quite sarcastic and that’s just how I like my best friends! I adore her friendship with Karou and willingness to go along with all the craziness. But most of all, I love her humor.

“Hey! My body may be small, but my soul is large. It’s why I wear platforms. So I can reach the top of my soul.”

5. All of the characters in the Six of Crows duology by Leigh Bardugo
I just couldn’t choose between the main characters in Six of Crows and Crooked Kingdom. They’re all pretty sarcastic and funny, but what makes it all great is their interaction. I can’t tell you how much I love these books and these characters but I can share a little quote that might show some of that humor I love.

“Kaz leaned back. “What’s the easiest way to steal a man’s wallet?”
“Knife to the throat?” asked Inej.
“Gun to the back?” said Jesper.
“Poison in his cup?” suggested Nina.
“You’re all horrible,” said Matthias.”

6. Iko from The Lunar Chronicles series by Marissa Meyer
Just thinking of Iko brings a smile to my face! Iko is an android with the best personality. She’s pretty girly and loves pretty things. There are so many funny quotes by Iko that it was super hard to narrow down to just one. I kept reading more and more quotes, just because she’s so hilarious. I don’t think I’ve ever read about a funnier ‘robot’.

“See? Injustice. Here we are, risking our lives to rescue Kai and this whole planet, and Adri and Pearl get to go to the royal wedding. I’m disgusted. I hope they spill soy sauce on their fancy dresses.”

Jacin’s concern turned fast to annoyance. “Your ship has some messed-up priorities, you know that?”

“Iko. My name is Iko. If you don’t stop calling me the ‘ship,’ I am going to make sure you never have hot water during your showers again, do you understand me?”

“Yeah, hold that thought while I go disable the speaker system.” 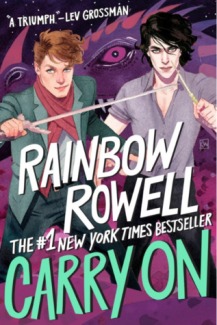 7. Baz from Carry On by Rainbow Rowell
Baz first made a small apperance in Fangirl by Rainbow Rowell, in the fanfiction Cath wrote. I was definitely intrigued by him while reading those parts. So I was super happy when we got an actual book about Baz and Simon. You don’t really know that much about Baz and his personality at the start of the story but the further we got, the more I loved him and his dark humor. I have some pretty dark humor myself, so this was right up my alley!

“I can tell she still finds me both loathsome and distasteful, but Rome wasn’t built on mutual admiration.”

8. Will Herondale from The Infernal Devices trilogy by Cassandra Clare
Jem might be one of my favorite Cassie Clare characters but Will is probably the funniest of them all. I was team Jem almost immediatly but Will grew on me more and more as the series progressed. The main reason for that was his sense of humor. His fear for ducks keep coming up and makes my smile every single time.

“My name is Herondale,” the boy said cheerfully. “William Herondale, but everyone calls me Will. Is this really your room? Not very nice, is it?” He wandered toward the window, pausing to examine the stacks of books on her bedside table, and then the bed itself. He waved a hand at the ropes. “Do you often sleep tied to the bed?”

9. Kenji from the Shatter Me series by Tahereh Mafi
Same as with iko, Kenji brings a smile to face just by thinking about him. I was reading some of his quotes and once again I was laughing out loud. I can’t believe that I actually forgot about him at first when I was compossing this list. Luckily I had a couple of friends reminding me!

“The man is moody as hell.”

“Yeah, bro.” Kenji puts his utensils down. “You are moody. It’s always ‘Shut up, Kenji.’ ‘Go to sleep, Kenji.’ ‘No one wants to see you naked, Kenji.’ When I know for a fact that there are thousands of people who would love to see me naked—” 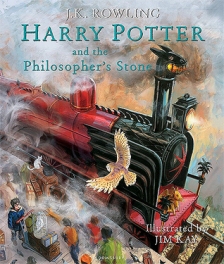 And then last, but most certainly not least!
10. The Weasleys from the Harry Potter series bij JK Rowling
Fred is my fav Weasley out of all of them but they each have their moments and I can just picture how much fun it would be to live with them. Now I’m actually kinda sad that. that’s not possible! Obviously Fred and George are the two most funny familymembers but the rest isn’t that far behind! Especially Ron has some great moments himself, he’s for sure the funniest out of the golden trio!

“You’re a prefect? Oh Ronnie! That’s everyone in the family!”
“What are Fred and I? Next door neighbors?”

“So why in the name of Merlin’s saggy left —”
“Don’t talk to your mother like that.”

“Excuse me, are you the imprint of a departed soul?”

I hope you enjoyed this Top Ten Tuesday and had some good laughs 😉 What are some of your favorite funny characters? Have you read any of these books? And did you think these characters where funny?

0 thoughts on “TTT #1 | Talking about my fav funny characters”